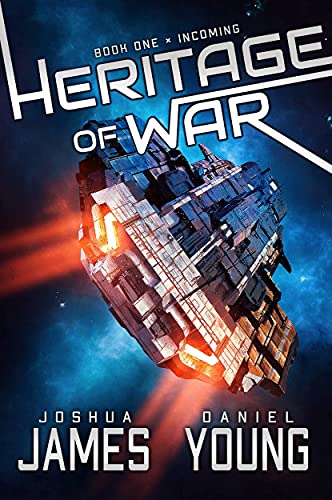 But one led to the other and now he finds himself and his crew in an all-out war against an alien species that seems to know their every weakness.

What is behind the enemy’s superior tactics and is there anything that can be done before they sweep through human space, crushing everything in their wake?

In the search for answers, It soon becomes clear that Foster and his small ship might be uniquely qualified for the task — if it’s not already too late.

Heritage of War delves deep into the sacrifices that must be made on the front lines of a war like no other. It’s perfect for fans of Jack Campbell’s Lost Fleet and David Weber’s Honorverse.