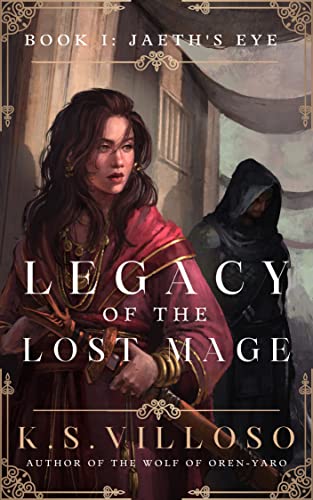 Sume Kaggawa promised her father a dragon. Abandoned by an older brother who dreamed of grand adventures, she is the only hope left for a family fallen on hard times. A deal with a shadowy mage traps her in a conspiracy between greedy merchants and forgotten kings. For the chance to revive her family name and be everything her brother could never be, Sume must sign away her life and freedom–or forever doom her bloodline to failure.

Meanwhile, the mercenary Kefier finds himself chased down by former associates after a botched job leaves his friend dead. Already once branded a murderer, he crosses paths with his friend’s sister Sume and the merchant-mage, Ylir. Their intertwined fates brings them to the crux of a conflict with the first fire-breathing dragon seen in the continent for decades. But the dragon may very well not be a dragon, but a demon hell-bent on corrupting those in its path…including the three running head-first into it.