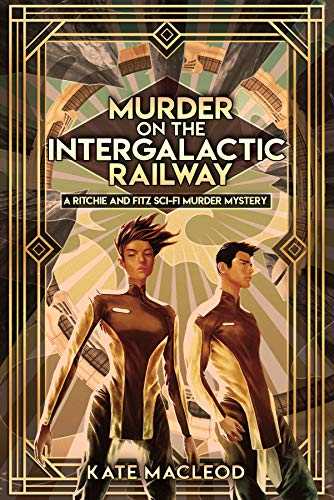 Murder on the Intergalactic Railway

For Murdina Ritchie, acceptance at the Oymyakon Foreign Service Academy means one last chance at her dream of becoming a diplomat for the Union of Free Worlds. For Shackleton Fitz IV, it represents his last chance not to fail out of military service entirely.
Strange that fate should throw them together now, among the last group of students admitted after the start of the semester. They had once shared the strongest of friendships. But that all ended a long time ago.
But when an insufferable but politically important woman turns up murdered, the two agree to put their differences aside and work together to solve the case.
Because the murderer might strike again. But more importantly, solving a murder would just have to impress the dour colonel who clearly thinks neither of them belong at his academy.