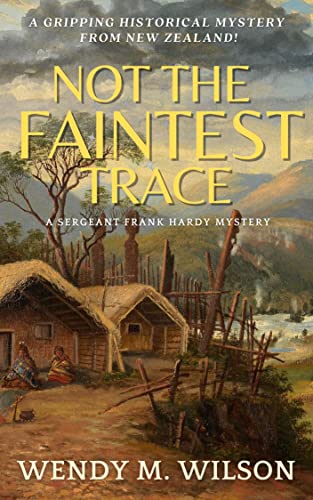 Not the Faintest Trace

Once, Sergeant Frank Hardy was a sharpshooter in the Diehards, the 57th Regiment of Foot, fighting in India and Crimea. Now he’s living in a small Scandinavian settlement deep in the New Zealand bush and missing his old life.

Then adventure comes looking for him. Revenge or romance? Which one will take him down?

As Hardy searches for two Scandinavian settlers, a killer lurks in the bush with revenge in his heart. The year is 1877, and the Land Wars of the previous decade still reverberate. Has the killer taken the missing men, or has he come for Hardy?

Set in the picturesque New Zealand countryside, Not the Faintest Trace, a gripping mystery with a touch of romance, is the first of seven books in the Sergeant Frank Hardy Mysteries series. Based partly on a true family story of two young men who crossed a river and disappeared, and partly on an unacknowledged atrocity, the book and the series are fictional products of the author’s imagination.