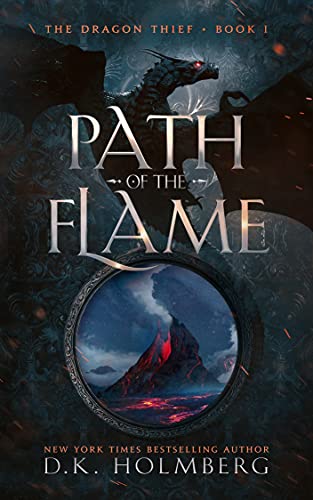 Path of the Flame

Zarinth is a dangerous city at the edge of the kingdom, illuminated by the constant fire of the nearby volcano Ishantil. For thief Ty, it’s more than a city filled with valuable ancient dragon relics. It’s the home he could never leave.

When Ishantil threatens to erupt, and the city descends into chaos, Ty wants one last score before finally leaving the city—and his past behind. All while the notorious Dragon Thief chases the same prize.

The Dragon Thief has a reputation for a reason, but Ty begins to think there’s more to the job than he ever expected.

Success means more than freedom. It means he can buy the answers he really wants. And it just might save the city from destruction.