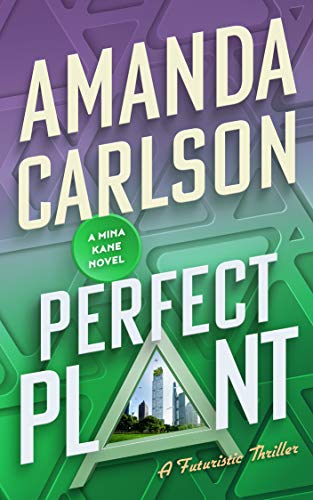 Mina Kane’s next undercover op is of the green thumb variety. Tasked to break into a penthouse at the tip-top of a megascraper and airmeld incriminating data on a hydro-shipping mogul, Mina must first pose as an apt gardener who knows a thing or two about roses. The only problem is the rookie’s along for the ride and he’s a pro at making everything more difficult than it has to be.

Infiltrating the inner sanctum proves to be time consuming, and Agent Adam has a chance to shine, but that’s not all Mina’s in for. Her baby brother is in some trouble, and Vincent Kramer, the colonel-in-arms of the French Protectorate, is missing. An encrypted locator shows up at Mina’s door, but her childhood-pal-turned-international-heartthrob, is still nowhere to be found.

This op is one solar flare away from being the biggest, deadliest one yet.