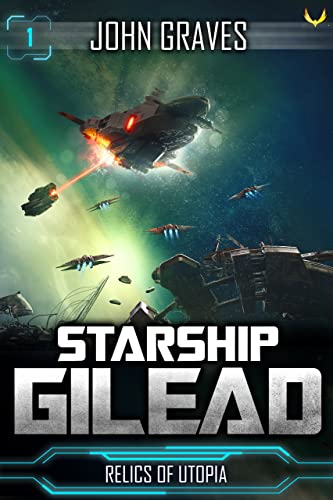 Windham Manthus is the captain of the Starship Gilead, the most powerful vessel in the sector. He’s battled space pirates and territorial warlords in order to protect his people and his ship. His reputation as a laudable commander has spread across the galaxy, but rumors have begun that he’s losing his edge.

When a sect of fanatical cultists murder an entire colony in order to resurrect an ancient alien god, Windham’s skill is put to the test. He and his crew must battle an armada of enemy gunships and hostile space marines in order to protect Gilead and save the galaxy from total destruction.

Faced with a seemingly unwinnable battle, Windham must see how far he’s willing to go to protect his ship. Will he make a deal with his enemy? Is he willing to sacrifice his own daughter?