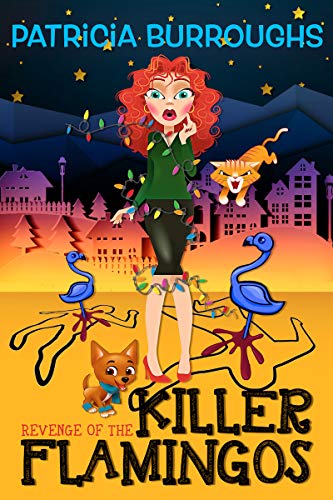 Revenge of the Killer Flamingos

Meet MJ O’Malley. She’s impulsive, easily distractible, and even more easily bored. But when a hot lawyer hires her to create a flash mob and people start dropping dead–by flamingo?–well, murder in Pisgah Cove, North Carolina is the brightest, shiniest object to capture her attention ever!

But can she actually solve the crime before she becomes the final victim? Hop aboard for the zany romp and stick around for deadly murder.

With the help of Miss Taz, her Chihuahua guard dog, Fluffy the feral attack cat, a reluctant lawyer as sidekick, and her fierce intellect?

With the help of Miss Taz, Fluffy, Ben, and her fierce intellect, MJ’s got this case covered.

Because MJ has finally found her place in life.