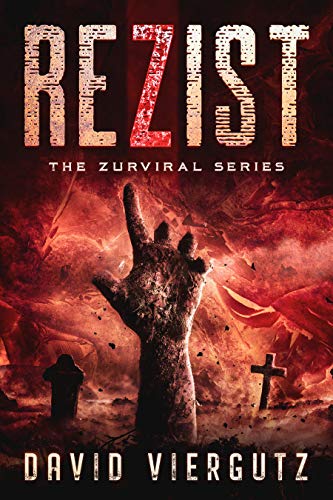 By: David Viergutz
The Z-Virus toppled the state in a week, the country in a month, and the world in a year. But that won't stop Brock Skeller's retirement.
Genre: Action & Adventure | Fantasy | Horror
Series: The ZurViral Series
Pages: 214
Apocalyptic & Post-Apocalyptic | Dark Fantasy | Zombie
$0.99
Free
Amazon Books

In the colonized west, a final resistance, the United Militarized Front, is working to control the virus. A rapid response team of telekinetic soldiers, led by Brock at the UMF Kinetic Academy, destroy the dead before they can herd.

But three days into retirement, Brock learns that the UMF has been taken out by anarchists who like the world in ruins. Forced from his mountain retreat, Brock travels to Deep Vale, Texas, in search of safe haven.

No longer alone and extremely sour, the retired commander discovers that the town hides a secret that can change the world and level the playing field against the undead.

Clear your head and beware the dead! Follow Brock as he once again leads the charge against scores of walking corpses, only to find the most terrible monsters may not be zombies after all.