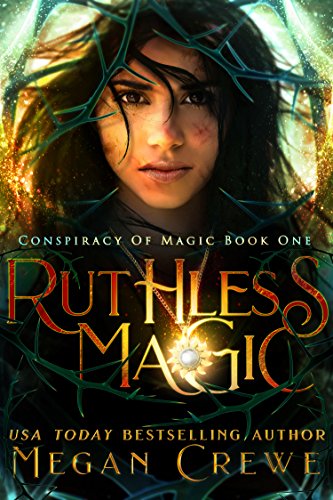 By: Megan Crewe
In the contest to keep their magic, the only options may be die... or kill.
Genre: Fantasy
Series: Conspiracy of Magic
Pages: 351
Paranormal | Urban Fantasy
$4.99
Free
Amazon Books

Each year, the North American Confederation of Mages assesses every sixteen-year-old novice. Some will be chosen. The rest must undergo a procedure to destroy their magical ability unless they prove themselves in the mysterious and brutal Mages’ Exam.

Disadvantaged by her parents’ low standing, Rocío Lopez has dedicated herself to expanding her considerable talent to earn a place in the Confederation. Their rejection leaves her reeling—and determined to fight to keep her magic.

Long ashamed of his mediocre abilities, Finn Lockwood knows the Confederation accepted him only because of his prominent family. Declaring for the Exam instead means a chance to confirm his true worth.

Thrown into the testing with little preparation, Rocío and Finn find themselves becoming unlikely allies—and possibly more. But the Exam holds secrets more horrifying than either could have imagined. What are the examiners really testing them for? And as the trials become increasingly vicious, how much are they willing to sacrifice to win?