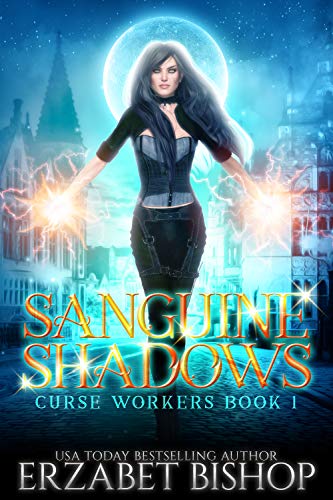 Mari Di Bartolo is a young witch coming back to her roots in Salem. Juggling work and school at the Montelier Supernatural Academy, she’s a woman on a mission until she’s attacked one night after work and left for dead. When Mari is about to step through the veil, she’s given a choice-become a vampire or fade away. She chooses life. Nevertheless, it’s not her new Sire that holds Mari’s attention, but the strange and enigmatic Fae with the golden green eyes. Full of mischief and mayhem, the night of the Vampire Ball is upon her and all that glitters may just be her teeth in the moonlight.

Darkness lurks in the shadows…
Fenris is the Captain of the Guard for the Queen of the Dark Court. For centuries, he’s secured the barrier between the human world and Faery, part of a Protectorate that keeps humans blissfully ignorant of the beings hidden in their midst. But when another rogue wolf attack brings him to a crime scene, he remembers another girl with long, dark hair and eyes that spoke to his soul. On a night filled with wild magic, there will be blood and some of it might just be given willingly.