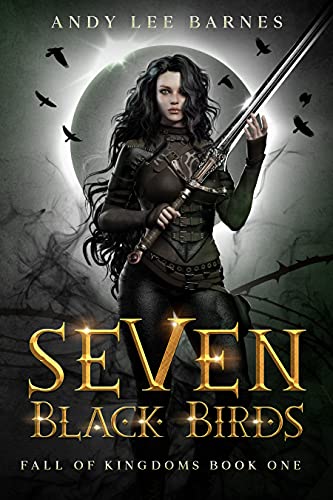 Life in the kingdom of Guerra is fraught with dangers. Sapherone knows them all too well. She is a skilled huntress. But she’s no match for the merciless creatures that stalk the Forbidden Mountains. No mortals are. Another dark threat looms too: Soon, like generations of girls before her, she will be sold off as breeding stock. It is a fate she despairs.

That is until, she finds herself imprisoned by the enemy kingdom of Krysland – with four other Guerra girls. And Sapherone is thrust right into the heart of dangerous territory. Fallon, the charismatic Krysland leader, is not what she expects. Certainly, he doesn’t seem to be the ruthless murderer they have been warned all their lives about. As danger and desires become twisted, Sapherone finds herself falling for him. But he hides a dark secret, and as her fate draws closer, she must find a way to escape. None of the girls have her skills, and she must be willing to do whatever it takes, no matter the cost, to save them.

Before it’s too late…

A twisted web of dark secrets, forbidden desires, and devastating betrayal.This breathlessly exciting first book in The Fall Of Kingdoms series will have you enthralled to the very end.