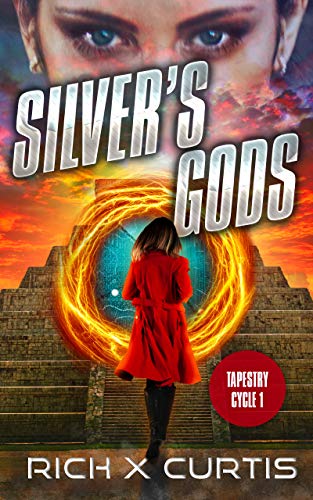 Silver’s gods wield her like a tool to shape humanity for their own mysterious ends. Traveling through time, death is impossible and she endures wars, ancient kingdoms, greedy rulers, plagues, and human desperation. But when artificial intelligence threatens not only our world but the multitude of realities beyond, has Silver finally met her match?

Silicon Valley. Known for innovation and technological wonders. It’s also the hunting ground for Silver to carry out her mission. As a tech giant is set to reveal their crowning achievement, a friendly Artificial Intelligence designed to take humanity to new heights, someone assassinates the CEO before the project is unveiled. But why?

Silver soon realizes things aren’t what they seem. This simple mission only uncovers something much bigger. The AI is far from tame. It is a lethal technology called a Mind. Its presence puts mankind and the multiverse at risk in ways Silver – and humanity – could never have imagined.

Partnering with a journalist and two more dangerous immortals, can Silver and her team hunt down the Mind fast enough to stop it? Or will it be too late?

Silver’s Gods is the first book in Rich X Curtis’s all-new Tapestry Cycle. This sci-fi thriller series will take you across worlds – and millennia – as Silver and her companions unravel the secrets of reality and uncover the heart of the universe.