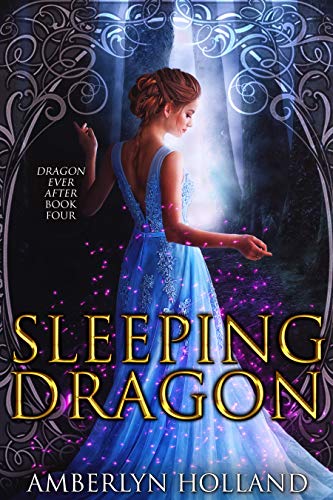 By: Amberlyn Holland
Once upon a time a prince frozen in stone, the daring princess who rescues him, and a mythical fairy wand face impossible odds to stop the Grey Enchantress, once and for all.
Genre: Action & Adventure | Fantasy
Series: Dragon Ever After
Pages: 240
Fairy Tales | Folklore
$2.99
Free
Amazon Books

Firstborn and Heir to the throne of Ardell, Caleb will do anything to save his kingdom and his parents. Even if it means sacrificing himself to a dark curse. Trapped within the spell, unmoving and barely aware of his surroundings, Caleb is resigned to his fate.Until a bold, half-fey princess frees him and gives him a second chance to confront the Grey Enchantress.Exiled from her home and her sisters, Evie’s been on her own for a long time. Unwilling to sit in her cottage and knit away the days, she’d accepted a clandestine mission. One that fills her with purpose. One she’ll see through to the end, no matter the cost.Saving Caleb wasn’t part of Evie’s mission, but she didn’t regret it.Until she realized the oath she made years ago meant getting in the way of Caleb’s only hope of defeating the Grey Enchantress.