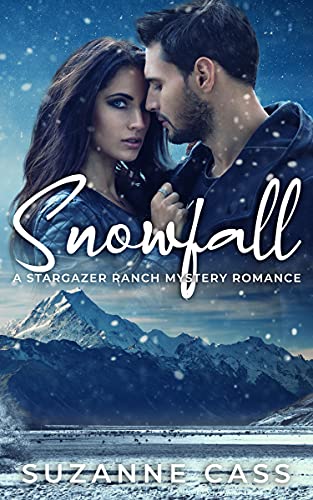 French pastry chef, Stella, has come to Stargazer Ranch to spend a year working as the assistant cook, hoping to sort out her troublesome feelings of restlessness and get back to living her perfect, planned life…until she meets Wyatt. After he comes to her rescue when she crashes her truck during a blizzard, Stella wonders if perhaps the gorgeous but enigmatic Wyatt is what she’s been looking for all along.

Fresh out of prison – accused of a murder he didn’t commit – Wyatt Wilson is trying to get his life back on track. The last thing he needs is more trouble, and he never anticipated rescuing a clueless French girl stuck in a storm. But Stella’s bubbly, optimistic persona affects him in unexpected ways, and Wyatt finds himself drawn to this beautiful idealist.

Just as things heat up between them, an acquaintance from Wyatt’s prison days comes to visit, bringing trouble in the form of stolen diamonds and a gang of hired hitmen. When Wyatt’s boss is murdered, Stella is caught up in the battle for survival, as they’re forced to run into the mountains in the dead of winter to evade the murderous gangsters.

For Wyatt, protecting the woman he’s falling in love with might well be the biggest fight of his life…?