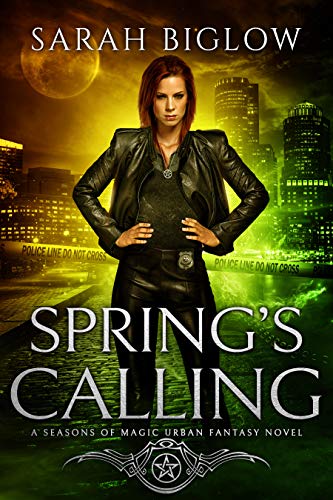 When a series of brutal murders lands in her lap, newly-minted Detective Ezri Trenton sets out to prove to herself and her mundane partner she can handle the investigation. The deeper she digs; the more evidence mounts that dark magic is behind the killings. Ezri knows traditional police work won’t be enough to stop the spree, but she can’t risk revealing the magical world.

As the clock ticks ever closer to the Vernal Equinox and the prophecy that’s plagued her since childhood, Ezri must greet her destiny head on. Will she solve the murders and uncover the truth about her mother’s death, or will she lose the life she’s built for herself in the process?