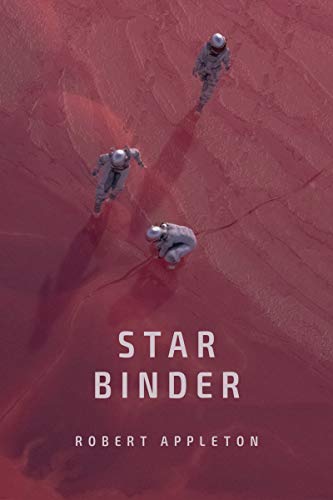 Two orphaned grifters scraping a living in the planet’s oases resorts. After saving the life of a famous explorer from a terrorist attack, they’re thrust into a dangerous world of alien hunters, top secret organizations, and mind-bending interstellar travel.

As the threat of an invasion mounts, the appearance of a mysterious messenger persuades Jim to embark on a personal odyssey to solve the riddle of his past. Sergei won’t let him go it alone, nor will the group of loyal friends they’ve made along the way. But even together, they’ll need all their street smarts, as well as their newly-acquired skills, if they’re to have any chance of surviving an encounter at the heart of one of the galaxy’s oldest and most awesome secrets – the Star Binder.