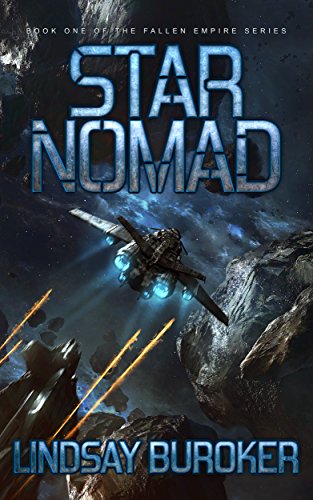 It should be a time for celebration, but not for fighter pilot Captain Alisa Marchenko. After barely surviving a crash in the final battle for freedom, she’s stranded on a dustball of a planet, billions of miles from her young daughter. She has no money or resources, and there are no transports heading to Perun, her former home and the last imperial stronghold.

But she has a plan.

Steal a dilapidated and malfunctioning freighter from a junkyard full of lawless savages. Slightly suicidal, but she believes she can do it. Her plan, however, does not account for the elite cyborg soldier squatting in the freighter, intending to use it for his own purposes. As an imperial soldier, he has no love for Alliance pilots. In fact, he’s quite fond of killing them.

Alisa has more problems than she can count, but she can’t let cyborgs, savages, or ancient malfunctioning ships stand in her way. If she does, she’ll never see her daughter again.