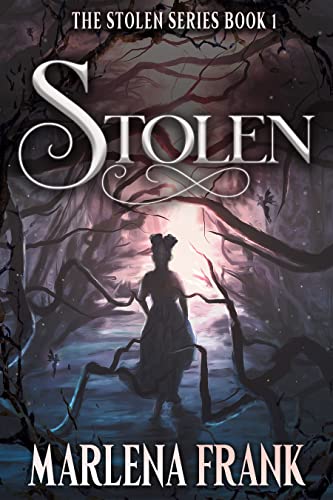 By: Marlena Frank
In the garden Nothing is as it seems
Genre: Fantasy
Series: Stolen
Pages: 257
Epic Fantasy | Sword & Sorcery
$2.99
Free
Amazon Books

It’s difficult taking care of a delusional father by yourself. Sixteen-year-old Shaleigh Mallet would rather explore and photograph dilapidated buildings than cater to her father’s dark episodes. But when she’s kidnapped by a creature who carries her atop a flying bicycle into another world, she realizes this wasn’t the escape she wanted.

In a kingdom known as the Garden, where minotaurs pull carriages and parties are held in hot air balloons, Madam Cloom and her faerie servant, Teagan, rule over the land with incredible but terrifying magic. Shaleigh must prove that she is the reincarnation of a long-dead ruler, not because she believes it, but because it’s her only chance to survive. With the help of a trespassing faerie, a stoatling, and a living statue, Shaleigh hopes to outwit everyone. She aims to break the bonds of servitude and finally make her way home. What she doesn’t realize, however, is that she’s playing right into the hands of a far worse enemy.