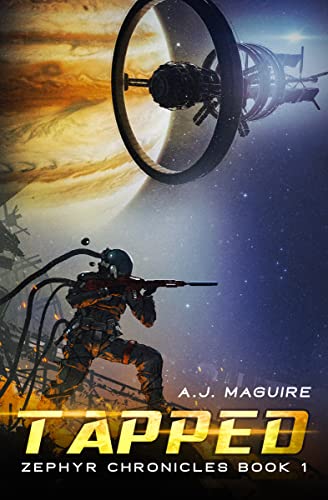 Devon Barlow knows his parents are different. They never dress down, they rarely talk to people outside the ship, and they have so many smugglers’ caches on board Zephyr they could hide an army. In fact, he’s pretty sure they’re pirates. When his mother brings passengers onto the ship he thinks his suspicions are confirmed, but these passengers are more than he’d anticipated. Suddenly on the run, Devon finds himself confronted by a past his parents have worked hard to protect him from; his own. Jorry thought winning a galactic war would be enough to buy a peaceful life. She was wrong. Running from the government she fought so hard for, she carves a simple life out for herself and her family. When her family is dragged into a black market deal Jorry finds herself directly in the sights of those she’s been hiding from and must decide how far she’s willing to go to protect the people she loves.