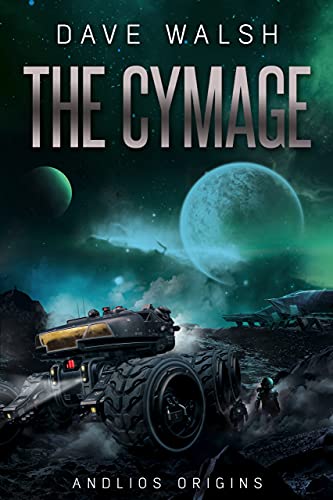 New meaning enters his life when the most powerful leader on Andlios discovers Am’ranth’s inventions and tasks him with the project of a lifetime. That project? A symbol of power during a time of peace, a weapon called the pulseaxe.

An unlikely friendship between rivals is born, only to find itself tested by Am’ranth’s sickness and newfound desire to live. He’ll stop at nothing to accomplish, even if it means defying his new friend’s wishes by experimenting on himself. The rivalry born from this disagreement gives birth to a new future for humanity, one of legends. It also leads to the creation of a new race of hybrid people, with powers beyond the imagination at their fingertips where death is only an option.

The Cymage is a novella exploring the history of the Andlios galaxy.