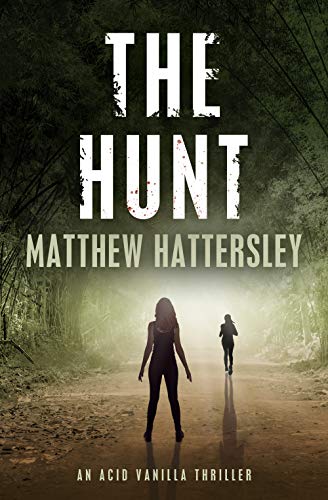 Acid Vanilla is a survivor. She’s had to be. In the last year alone she’s been shot at, blown up, and left for dead by the same people who trained her. Now, she’ll need her honed instincts more than ever…

Waking up in an airplane over the Indian ocean, she is forced to parachute down to the mysterious island below. Within that lush landscape something truly sinister awaits. A booming voice announces the start of ‘the hunt’ and the scramble to survive begins. It quickly becomes evident that she, as well as others trapped on the island, are the prey. Each of them are there for a specific reason, all slated to die at the hands of the twisted trophy hunters who have paid huge sums of money for the thrill of the slaughter.

Unarmed and on the run, Acid and the remaining targets must work together if they want to make it out of the dense jungle alive. Can they turn the tables on their would-be executioners? Or will Acid’s death be a hunter’s treasured prize?