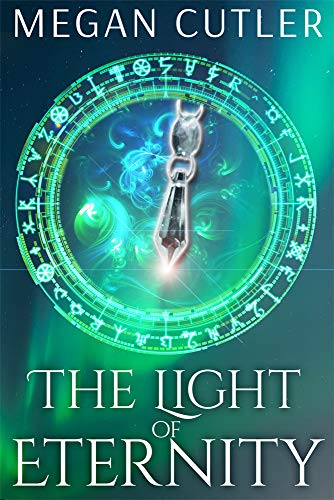 The Light of Eternity

Erica’s life is in shambles. Her university has put her on conduct probation and her parents will disown her the second the school kicks her out. The special archaeological dig in Antarctica offers a path to redemption, a chance to hit the cosmic reset button. It’s there she meets Shima.

Kind-hearted and tough as nails, Shima lights Erica’s way through the darkness. Especially after she breaks the expedition’s most valuable artifact.

Now Erica, Shima and their friends are haunted by strange visions and hunted by mythological creatures. Their only defense lies in the power of five ancient goddesses infused in artifacts scattered throughout the dig.

But no ancient goddess chose to work through Erica. Her next misstep could be a death sentence, and she’s powerless to help her friends. Can Erica discover her strength in time to unravel the tangle?