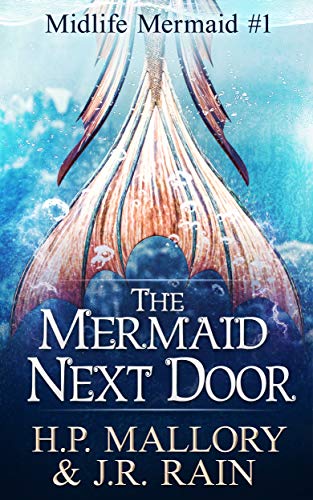 The Mermaid Next Door

In the underwater kingdom of Corsica, mermaids are the property of mermen. We’re considered valuable as breeders until we reach our mid-thirties, at which time we’re deemed no longer useful.

Good thing for me I’m forty, never had any children and I’m a widow. So, I can basically live my life as I see fit.

Until my husband’s younger brother, Cullen, decides to make me his wife…one of seven.

Cullen has a mean streak a mile wide and he’s always been obsessed with me—ever since we were young. Now that his older brother is out of the way, he recognizes his chance to finally possess me.

Only I’m the type of woman who won’t accept my fate so easily. No, I’m a fighter by nature so when it’s decreed that I should marry Cullen, I do the only thing I can do.

I escape. To the land.

Once I reach the shore, I’m facing a whole new and terrifyingly unfamiliar world. Luckily I’ve got the Siren’s Song which encourages humans to do whatever I want them to.

Except my song doesn’t work on one human male in particular, Sawyer Ray.

And Sawyer just happens to be the one man I need, because I’m fairly certain someone has come after me…