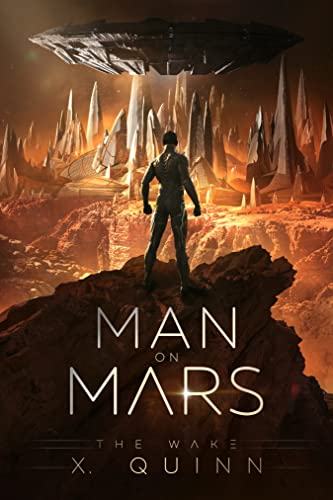 Mars is not made habitable by humans. Instead, a planet-wide transformation has been done by Gattis, a group of intelligent alien beings who’ve expanded their territory to our solar system. At first, they appear friendly and willing to share their technology, but in secret, they’re preparing to conquer Earth. Since then, there’s been peace and war between Gattis and humans on Mars.

Don, a young squad leader of a human resistance called the Wake, is an Alien War survivor who has lost his memory. He meets Eio, a naughty and childish higher dimensional being stranded in our universe. While trying to help Eio return home, Don and other Wake members fight Gattis in three bloody battles. Yet, in this thrilling process, Don discovers another sinister intention of Gattis and his own past. What exactly is he? Who is the girl in his dreams? And what is his relationship with the Gatti leader Icus?