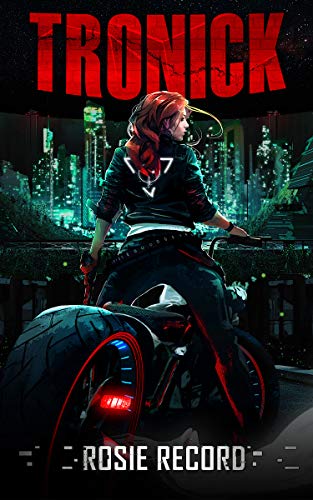 Too tall to see beyond and impossible to breach, the iconic wall encompassing California-Annex is nothing more than a forgettable reality for generation PW1.6. But while the general populace is addicted to Shine and manipulated by the incessant n-sub messaging, Fiona Tronick is different. She’s seen as a grungy dealer, but she’s really a street operative for The Agency. And she’s always been loyal to her employer.

As civil unrest simmers throughout the Annex, Tronick is confronted with information that makes her question The Agency’s agenda and loyalty. She starts to see the lies go deeper and wider than she could have ever imagined. From Topside Stacks to the underbelly of the Trenches, everything is connected. Connected to her.

Follow Tronick as she rubs shoulders with political leaders in coastal mansions, confronts religious zealots in flooded San Diego, reconnects with her outlaw brother, and taps into the Annex’s gritty underworld in this dystopian-cyberpunk adventure.