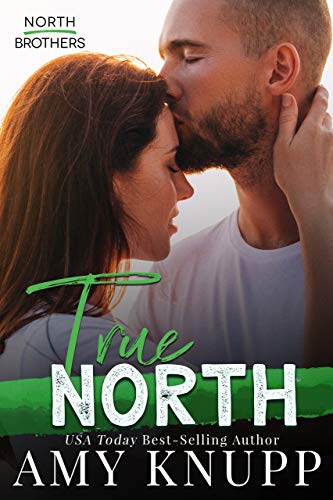 By: Amy Knupp
It might be a fake date, but what if he’s not faking it?
Genre: Romance
Series: North Brothers
Pages: 264
Contemporary Romance
$4.99
Free
Amazon Books

Loner Cole North has always been the odd guy out. His IQ is sky-high, but he’s not so bright when it comes to people or relationships. Years ago, he spurned expectations, shunned his family’s business, and embraced a career in construction instead. Now he values his job above everything, in part because of his secret feelings for his boss, Sierra. While he could never be right for her personally, he endeavors to be exactly what she needs professionally.

Remodeler Sierra Lowell might be creative, hardworking, and a color-outside-the-lines thinker in her job, but there’s one line she’s never crossed. It’s tough enough to be a woman in a man’s job without adding sex or emotions to the mix. Smart, sexy Cole is without question her right-hand man, but the lines get blurred when Sierra’s life is complicated with a wedding date crisis and the television opportunity of a lifetime.

Cole impulsively steps up to be her go-to guy for both. When their fake date is interrupted by a family emergency, having Sierra at his side makes him realize there’s a fine line between alone and lonely and that maybe he’s ready for less of both. Can he find a way to go from being a right-hand man to the right man for her?