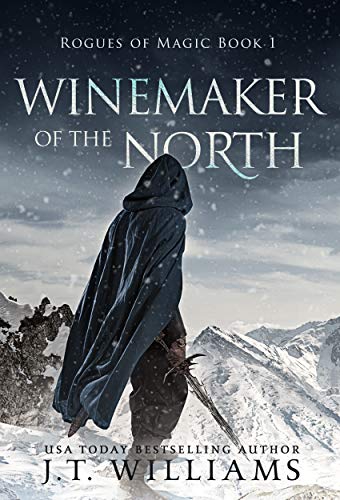 Winemaker of the North

By: J.T. Williams
Forsaken to be a killer and sent to be a destroyer, Sviska must choose his own path.
Genre: Fantasy | Library | Teen & Young Adult
Series: Saints of Wura
Pages: 349
Nordic Myth | Sword & Sorcery
Amazon Books

Sviska is a man of the shadows, an assassin without any one place to call his own. But in the Far North, he discovers a secret. Magic, long thought lost to the world, is alive. The genocide to destroy every elf, wizard, and sacred being of old is not yet complete. Sviska’s masters work the strings of the world and he has been sent for a task he does not even fully understand yet.

When at last he feels he has what he has always wanted, darkness falls upon the world. He must rise to face an enemy more terrible than any he has ever met.

Fate will force him into a terrible choice.