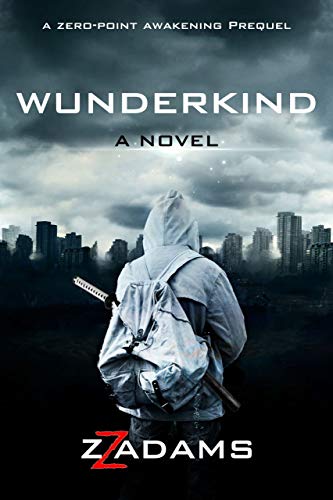 By: ZZ Adams
How do you defeat an enemy you cannot touch? When you’re fighting shadows, it pays to remember what might be lurking behind the curtain.
Genre: Library | Science Fiction
Series: Zero-Point Awakening
Pages: 246
Genetic Engineering | Time Travel
Amazon Books

When the usually sleepy university city of Oxford, England is beset by a series of horrific murders, Elliot Goshawk, a fresh arrival to Oxford and one of the youngest to ever pass admission, must overcome his fear and defeat the murderer. At just fourteen, Elliot may not appear to have the skills for the job, but he has had an unusual childhood. Trained from birth as an assassin, there’s no one better qualified to stop this menace.

With a wayward time traveller, a professor of the arcane, and a city full of intelligence operatives on his tail, can Elliot find a way to take on and defeat the deadly alien shadow? Are MI6 agents really harder than those from the Coldhorn Initiative? Do they do any actual studying in Oxford?

Because Elliot also has another, deeper secret and something he fears above everything else: it might have been his fault that the shadow creature emerged in the first place.

This science-fiction thriller is a dark and humorous tale of wayward superheroes, the evil megacorporation stalking them, and the teamwork it will take to save the world.