Interview with Irina Dumitru- Author of Sophie the Robot 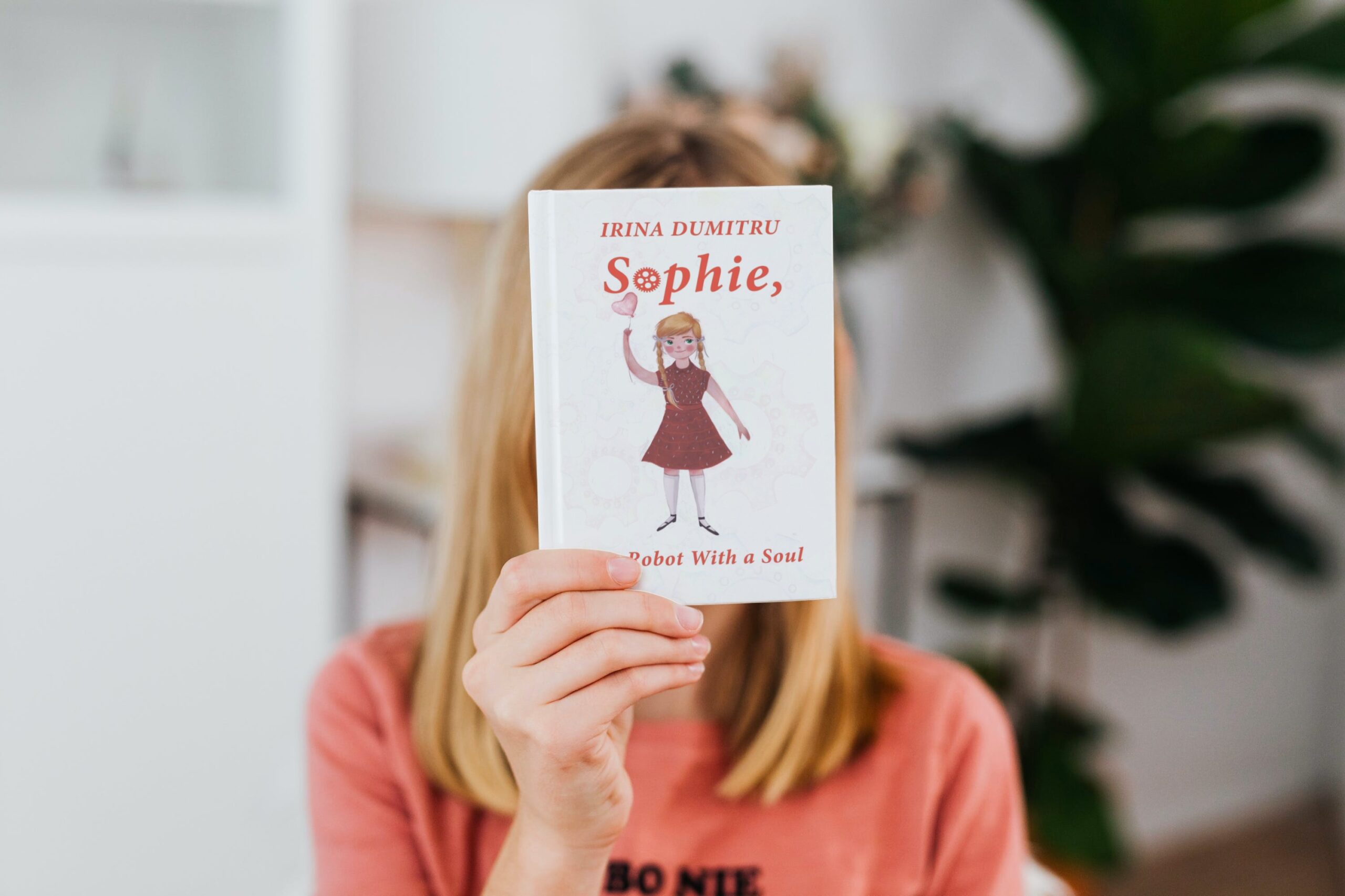 Irina Dumitru is a Romanian author whose science fiction stories existed in the literary world since 2017. Lately however, those stories began appearing in English, giving International readers the chance to explore her wild and imaginative mind. She writes science fiction for both children and adults as evident by her stories, Sophie, the Robot With a Soul, and Blue Fog. Today, Book Loot is finally talking with Irina in an attempt to unlock the enigma. 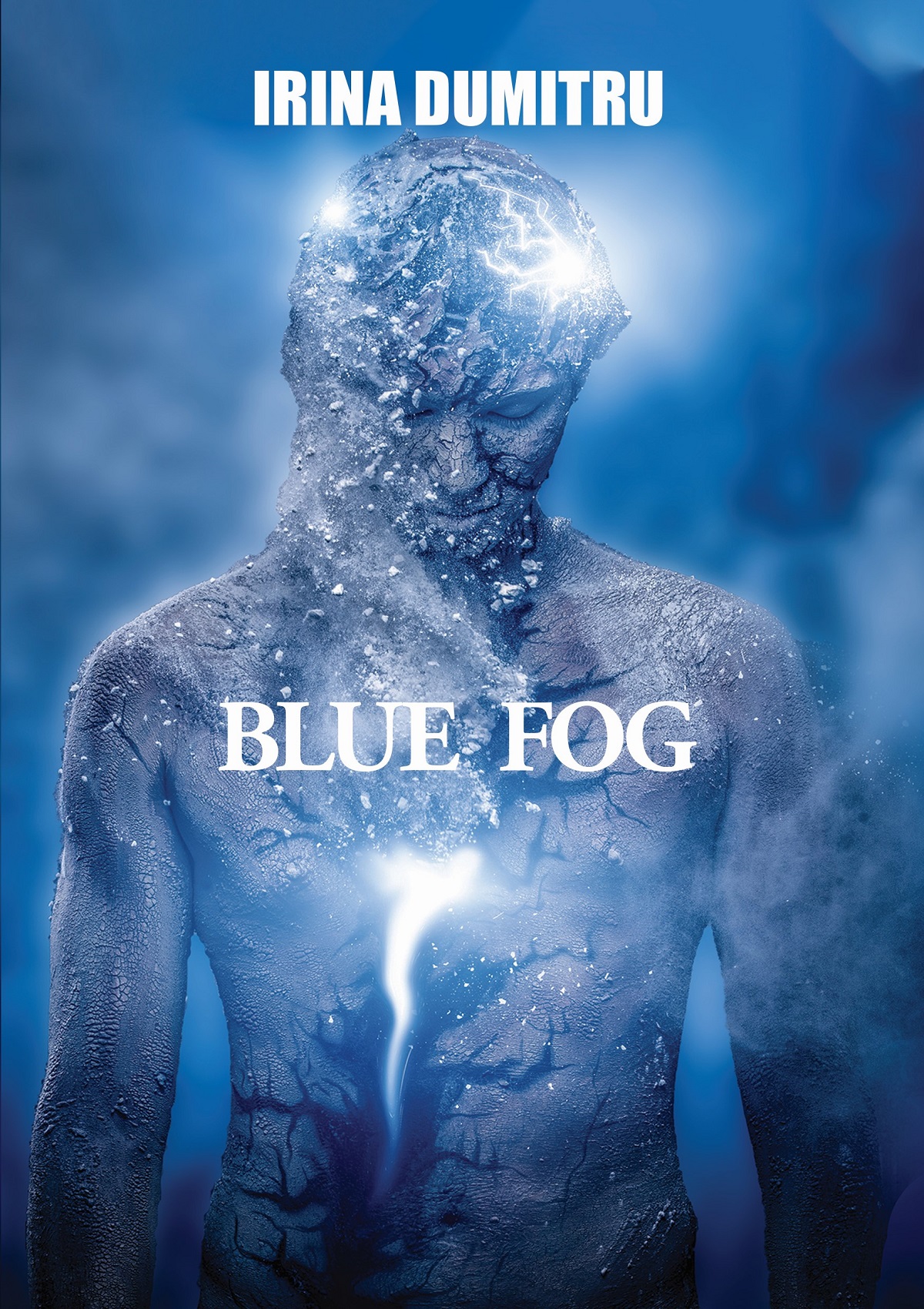 Our Interview with Irina Dumitru

Hi! Sure, and thanks for this great opportunity! Well, my name is Irina Dumitru, and I’m a 34 years old (although often I feel like I’m 16) writer from Romania. I’m a published author here, and an editor in my native language. I’m also a preschool teacher, and a young mother.

I’m a very creative person, and I think I’m also funny, once you get to know me.

I have published Sophie, the Robot With a Soul in Romania in 2018, and it’s been a huge success over here. Kids immediately embraced Sophie, and gave me great feedback. The usual thing in my country is that the school system is stuck somewhere in the ’80, and still has some of the old communist regime influences. But what I can happily say is that I’ve managed to get Sophie, my Sophie in schools. A chapter from Sophie, the Robot With a Soul was included in the questions from national school contest.

In 2020 I have published the Romanian version of Blue Fog, and started translating it into English.

‘In a utopian world, the Orions, the aliens who arrived on Earth from the Orion Constellation, watch over the maintenance of peace. Humans and Orions work together in the political regime called Universalism, where people are constantly monitored by an implanted chip .But in this perfect world, Dr. David Jacob has a secret. He lives his life subjected to the rules until one day when everything changes. Maya, the rebel, kidnaps him to save her mother. This book was inspired by a paranormal phenomenon that takes place somewhere in the mountains of Buzau and a series of myths related to the existing tunnels in this area. This fantasy novel with Sci-Fi influences will keep you in suspense until the last page. “A truly epic and haunting tale in a very real futuristic world rich with misconceptions and possibilities as the characters discover who they are and where their destiny will take them. Brilliant. I can’t wait until the next part!” -Victoria J. Hyla, author of the Hearts Drawn Wyld trilogy (In Death We Part, Running in the Mists, and Awake in Elysian Fields)’

I also have two illustrated books on the Romanian market, soon to be published in English too.

In February 2021, I have published my first Young Adult novel in Romania, “Pierdut Geniu” ( Romanian for “Missing Genius). I’m working on the English version of ‘Missing Genius’ . The story turns around an autistic young man that disappears after a strange train ride.

‘Mark is no ordinary young man. He’s a genius. Even though he is on the autism spectrum, he is highly intelligent. The only person who understands him is his friend, Ariana.

An ordinary train ride for the two friends turns into an adventure when an armed stranger appears out of nowhere.

From that moment, their lives do a 180. Mark disappears without a trace. Ariana tries to unravel the mystery of his disappearance, but encounters dangerous situations that threaten to keep her away from Mark forever.

Dive in to this young adult novel full of action and suspense.’

In March 2021, I’ve decided to publish my work on the international market. So ‘Blue Fog’ and ‘Sophie, the Robot With a Soul’ got on Amazon, to reach readers around the world.

I think I didn’t realize this till recently. I do have an attraction toward this genre, although I’m pretty selective when it comes to reading Sci-Fi.

I’ve always been fascinated by the way the universe works and also by the fact that we can’t be the only intelligent species in this vast world.

I’ve been a big fan of the Ancient Aliens show and this I think was the trigger for my imagination.

I also am intrigued and also scared of the thought of creating robots that can think for themselves. Asimov’s literature had an impact on my writing and the creation of ‘Sophie, the Robot With a Soul’.

Well, I may be a dreamer, but ever since I wrote my first words, I had in mind reaching readers around the world.

I started small, and grew my author’s platform in Romania, and decided it was time to grow on another level.

I always knew what I wanted and started building it step by step.

I wanted children to love Sophie, and they did. Also, my writing has a message that I want to promote, and just like my Orions from Blue Fog (hate them or not), I want to make the world a better place.

I think literature should serve this purpose, sending messages of acceptance and diversity, and that’s exactly what I’m doing.

I write them in Romanian, my native language, then translate them myself.

I have tried writing in English once, but I found it harder for me to express my thoughts. So, this worked for me till now, but I’m open to trying new things.

I heard about the tunnels when going on a camp in the Carpathian mountains of Romania, near the place I live, Buzau. I was 14 back then.

I started investigating the grounds with a couple of friends, and got to a lake that was said it was bottomless. I didn’t use the actual map in my novel, because I mixt the facts with imagination.

There are rumors that say there are tunnels in the Romanian Carpathian mountains that connect different places in the country. Also, they say they aren’t man made. There’s a place in Buzau, called ‘Țara Luanei’ – Nucu and Bozioru County – where you can see signs of the tunnels.

They are beyond anything you have ever seen.

Also, the sky here has the most intense blue color, stranger than anywhere else.

Here is where this strange phenomenon occurs. It is for real, and Ceaușescu, the Romanian dictator from the communist regime, was also interested in studying it.

When I started promoting my novel, I’ve had people writing me about their experience with the blue fog. I’ve initially thought they had to much imagination, but I guess there’s no smoke without a fire and maybe… 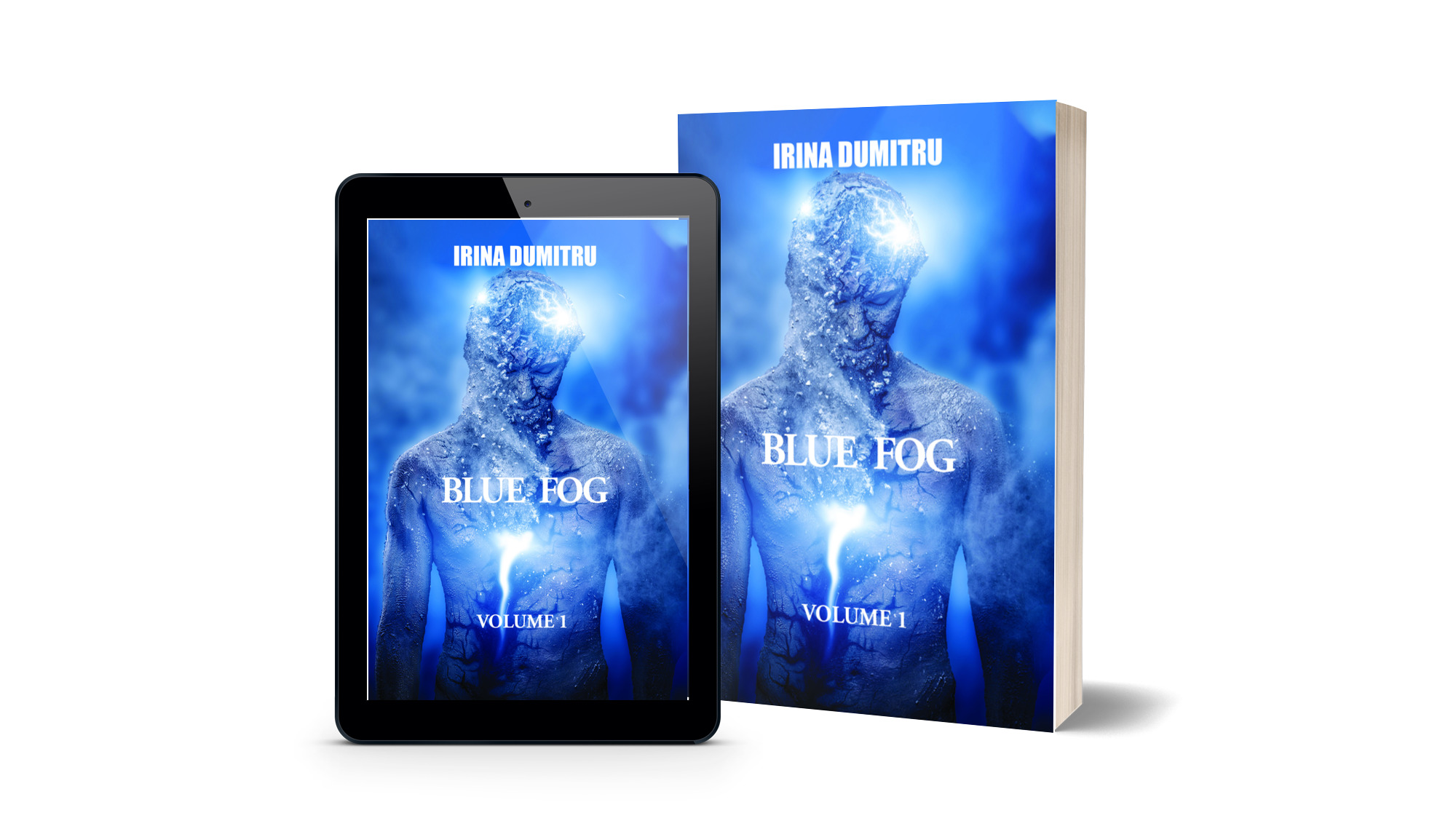 We would like to thank you for answering our questions and wish you the best with your upcoming books and the continuation of the Blue Fog series.

Irina Dumitru is a Romanian author who writes books in both Romanian and English. Her speciality is Science fiction though she writes for a wide range of ages with books for children and adults.