One of the things we love about fiction is how limitless it is. All it takes is an author’s imagination to create vast and endless worlds. And like the universe, the fictional cosmos is always expanding. Our fictional universe may not have real stars, but it certainly contains galaxies of words. And today’s author is among those who help expand it.

Shadrick Holloway is the author of Leaving heaven and Urijah. His fantastical books tread the line of religious fiction to create imaginary worlds that are both fictionally immersive and therapeutic at the same time. When he is not writing, he is gaming. However, we thought it would be better to hear from him about his love for video games and creating stories.

We would like to thank Shadrick for taking the time to answer our questions and allowing us a glimpse in his life.

Our Interview with Shadrick Holloway

Pretty simple guy. I enjoy writing obviously and as you said in that glorious introduction, gaming as well. But aside from that, I love listening to music and playing basketball as well. I currently work as a part of the management team in a sales lead role at T-Mobile and although the job can be stressful at times, I do take joy in the fact that I am the first line of defense when helping people. That’s all I want to do, help someone, someway. And something so normal as telecommunications, helps me bring joy to a lot of people. I’m a bit of recluse. I Typically stay to myself and like to keep my circle small. Eventually I’ll want to get into making and creating my own games but one thing at a time, right?

As soon as I finished the first book. So very recently. Before then, I didn’t think about writing at all. It was just a hobby. I write these stanzas to get stuff off my chest or just to test how well I can rhyme and hide meanings into layers of metaphors. Sort of like a hip-hop artist. Writing is truly artistry and there are many different styles and I think I bring that freestyle, unorthodox style to the table. So, once I finished Leaving Heaven, I really liked Urijah as a character so I just decided to keep it going. Turns out, some people liked it so may as well just see where it takes me.

Yep. I’d say so. Lots of crazy stuff going on in the world I’ve created. My ideas sort of just drops out of thin air. I get different things from different types of motivation. For example, the religious parts. It’s not like super religious where Elijah or Urijah is in church or anything, but the influence of God is heavy in their lives with His attempt to guide them. That’s coming from experience. God does try to guide you and it’s up to you to hear Him and listen. Your faith will be tested and sometimes you’ll get that point of ok, I’ve strayed too far. I pull from real-life events as well. Wishing that things were different, wishing that people were nicer to each other and respected each other more. So, the fantasy part comes in because Urijah has supernatural powers and Elijah is made into a superhuman by the government but think about it, aside from the powers, is any of this stuff really that farfetched? Technology is far more advanced that the people running the world wants us to know of.
I’m just the guy questioning it and making it a reality in my world.

So, the main antagonist, Ming, lived in the US for a little bit before moving back to China with his mom. He was born in China, but his dad gained citizenship in the US and served in the military, hence them moving to the US. His dad was killed on a mission. Ming grows up and becomes President of China, keeping a close relationship with the US because of his father’s ties. He also has these cloaking drones that monitor everything that goes on in the US. So, he sees all the fighting amongst citizens, the unjust police killings, the black-on-black crime, the white on black crime, the black on white crime and just crime in general. He also sees how the media twists things to push a divisive narrative to continue to poison the minds of everyone. Meanwhile the US government has snuck and taken away sports, they’ve replaced millions and millions of jobs with these androids. They have their own drones following everyone so there is no privacy. And they are over everyone’s money. They determine how you will spend your money and on what and the amount via these SIM cards everyone is implanted with. They also can track your location. So, America is in a bad state. It’s bad. The last straw for Ming was the current President taking all Chinese products off the shelves and ending the relationship with China because he felt the US doesn’t need anyone. So, Ming says ok. He had his scientist make a virus which contains the flu, AIDS, and a napalm substance. He made them into gas bombs and began dropping them all over the United States. To cut this short, God sees the state of mankind and thinks it’s just time to end the world and start over, but He gives mankind one more chance to be cleaned up and that chance comes in the form of a 21 year-old black male named Urijah.

Exact same one. Just way earlier. Leaving Heaven was all thriller no filler. It was so much going on, action packed. So, I wanted to give reader insight as to why Urijah was chosen to be an imperfect Jesus and the savior essentially. It all boils down to Elijah, his dad not wanting that responsibility or just realizing it too late. So, he did his part and God gave him a son to carry out what he could and would not.

Honestly that people would get behind or understand what I’m putting in my stories. You have to think on such a broad spectrum when reading these books. The real world is spiritual as much as it is physical and that’s the point of it all. There are many layers, not just one. And lots of people can see what I’m trying to do, and they take it for what it is and I can appreciate that.

Working on my Youtube channel. Focused on mobile gaming of course. It’s still growing, nowhere near big but 1.4k subs is a lot to me… haha. And just playing video games with my friends. Games to me is just unwind time until the game makes me mad then I’d rather just look at Youtube… haha. But I am a huge wrestling fan, so I still watch it from time to time.

Well, remember me being a recluse? So, I suck at social media, but I do have an author’s page now and here is the link shadtheauthor.authorbuilder.com My Youtube and Facebook Gaming page are under the same name I AM JAX. I have not created an Instagram for my brand or Twitter for my brand. Not sure I plan on doing so either. But if you subscribe to my author’s page, you get chapter 1 of my upcoming book, Urijah completely free. Just enter your email and you’ll subscribe and be able to download it. The page is still being worked on so be patient please. And Thank you all so much. I really appreciate your time.

We would like to thank Shadrick Holloway one more time for taking the time to answer our questions. 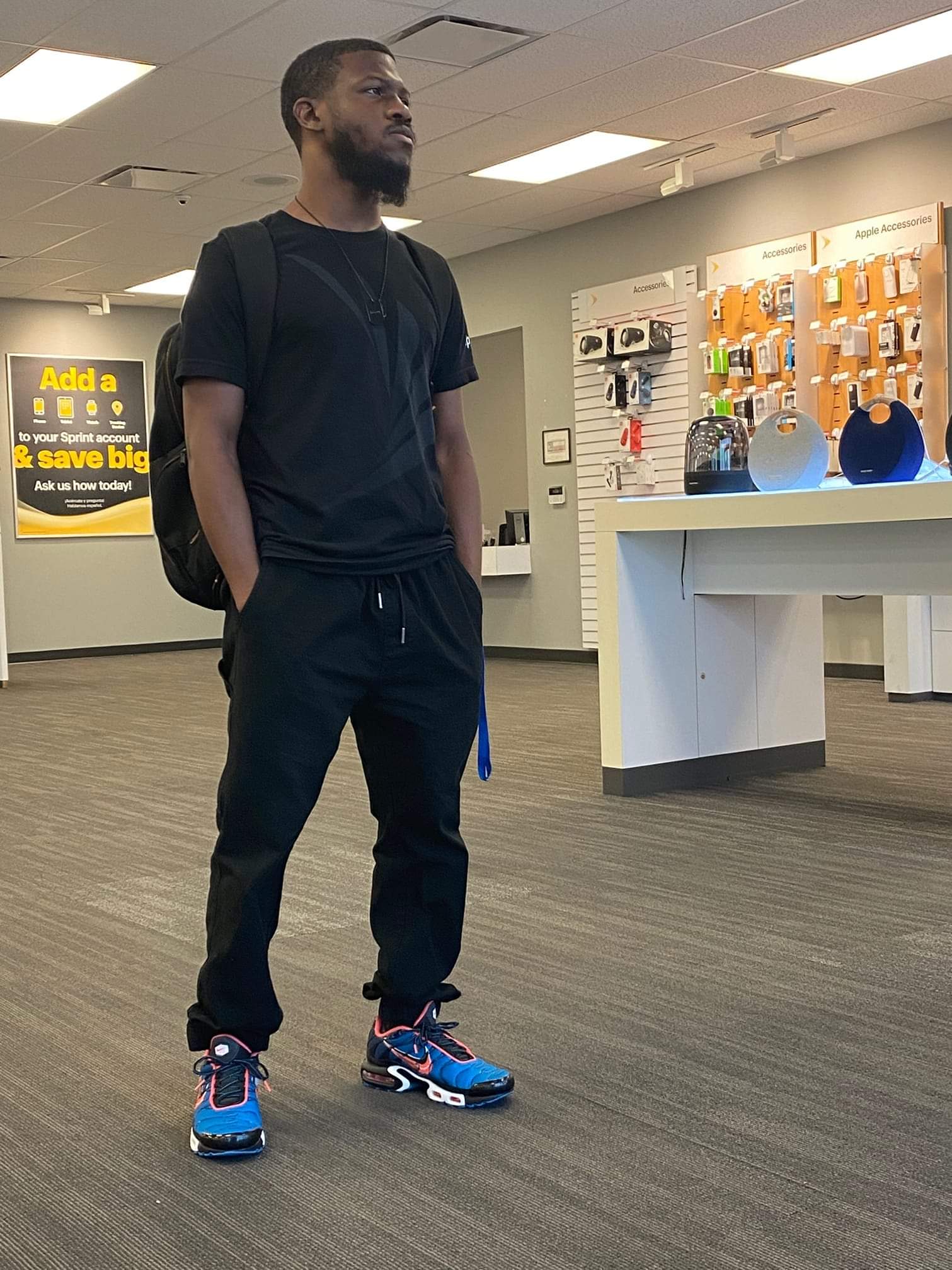 Shadrick Holloway is an author, poet, gamer, and technology enthusiast. He has been writing poetry since the age of 11. He is also a youtuber, a wrestling fan, and a lover of comics and animated works. 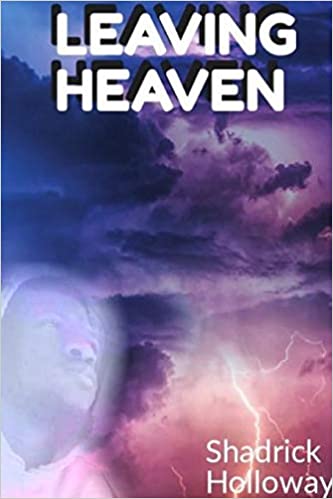 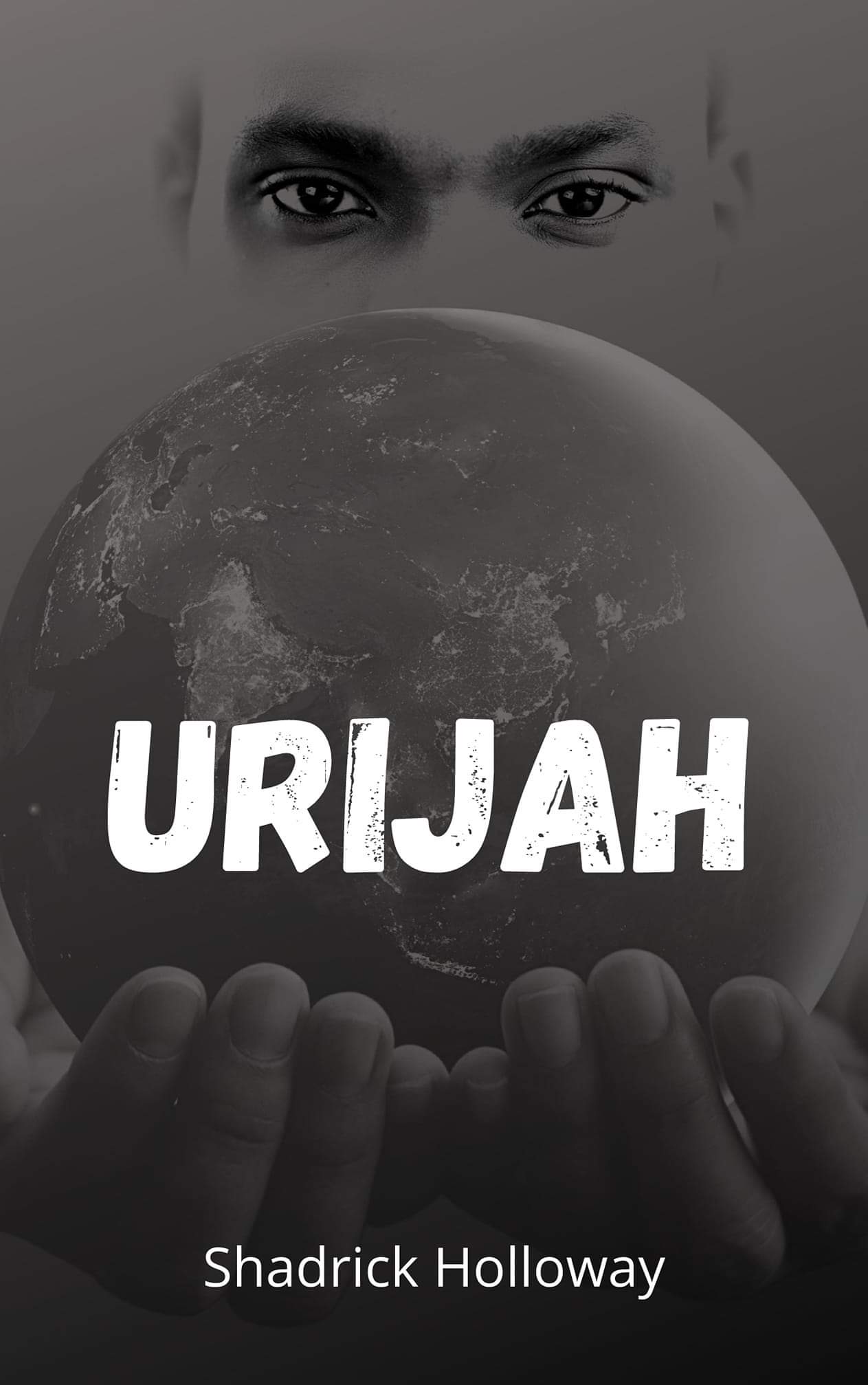